Keeping your Worldox up to date is an integral step in ensuring that your Worldox system operates at peak efficiency. As opposed to a full version upgrade (from GX3 to GX4 for example), these incremental updates are released with some regularity by World Software to release smaller enhancements to the software, keep pace with new version releases by Microsoft, Adobe, Foxit, etc., as well as the more mundane bug fixes and known issue resolutions. These are generally quite quick to apply. But before you forge boldly ahead to run WDUPDATE, we offer these tips to make sure that you don’t encounter potentially time-consuming and costly downtime and loss of productivity resulting from a failed WDUPDATE.

This refrain was one that I most often heard from my Grandpa, a seasoned Industrial Engineer, and the alliterative phrase is one that I keep close to my heart when advising clients on how to prepare for an WDUPDATE on their system.

It is crucial that you have all users logged out of Worldox prior to running any updates to Worldox via WDUPDATE. For this reason, we advise that you give your users advanced notice that they need to fully exit Worldox on their workstations prior to completing the update. Failure to have all users out of Worldox while running WDUPDATE can cause several complications. To avoid these, we recommend that you follow the tips below.

“Why All the fuss? It’s just an update?”

Affinity was recently presented with a scenario in which many the above steps weren’t properly followed prior to running the WDUPDATE process. In this case, the client had users still in Worldox on their workstations which locked program files open on the server, which in turn caused the WDUPDATE to fail, but not before partially completing some of the new file installation. This caused a cascading number of issues that resulted in several hours of unplanned Worldox downtime while our Worldox Team attempted to identify which files were not properly copied and had to work with the firm’s IT provider to collect a backup of the Worldox program files to restore the missing or corrupted files successfully. Once the files were put back in place, we ensured that all Worldox user sessions were closed, all Worldox system files were unlocked on the application server and then ran WDUPDATE from a properly permissioned account on the indexer. This time everything updated successfully in a matter of 5 minutes, just as it should.

The moral of this story is that a fast, easy and uneventful update will rely on following the tips we've shared here.

If you have any questions about our tips for WPUPDATE planning and execution or would like assistance to ensure a successful update, just contact us at 877-676-5492 or request a consultation.

Drew joins the Affinity Document Management Team with loads of experience in the technologies that law firms use most. He actually began his career with Affinity Consulting in 2003 as a consultant working with a variety of systems from PCLaw to Amicus Attorney and Worldox, as well as managing our Client Services Team. Upon leaving Affinity, Drew joined the IT Department of Marquette University, managing their computer replacement program. He is thrilled to be back! Drew’s favorite part about returning to Affinity and document management is his chance to rejoin the Affinity family and work with all of the great Affinity team members and clients. 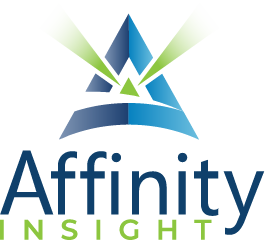