Moneyball Analytics is based on the book Moneyball, The Art of Winning an Unfair Game by Michael Lewis. The book became the basis for the movie Moneyball, which told the story of the 2002 Oakland A’s. Limited by a small market, competition from a more successful team just across the bay and one of the smallest payrolls in baseball, the A’s nevertheless fielded a team that made the playoffs for two straight years. They A’s accomplished this by making decisions based on data.

Anyone with even a passing interest in baseball knows that it is a game of statistics. There are stats for everything. Traditional baseball managers and scouts often relied on only a few of them and combined them with hunches and “gut” feelings when evaluating players. The Moneyball concept was different in that it relied almost exclusively on numbers and sought to monetize certain statistics. Moneyball was also different in that it looked at numbers that traditional statisticians overlooked.

What can law firms learn from Moneyball and sports statisticians?

Like sports, business has winners and losers. During the game, you can tell who is winning and how each team is doing by looking at the scoreboard. After the game, the compiled box score or stats sheet provides the details. Looking at the statistics in depth almost always explains the final score. Sometimes, a single statistic tells the story. In football, for example, the team that has the fewest turnovers usually wins even if they trail in other statistics.

Law firms, like any business, can benefit from keeping score. However, many businesses don’t keep even the simplest scoreboard. Some that do only check the final score when the game is over – Year-End Net Profit, for example. While that is better than not looking at all, the final score happens for a reason. If you want to improve the final score, you need to dig into the details.

In sports, every player and every team has streaks. Streaks happen in almost every sport. In the same season, a player may have a twenty-game hitting streak or a five-game hitting slump. However, they also have a lifetime average that tracks how they perform over the long term. Coaches and managers watch for streaks and help players break out of bad ones and become more consistent over time. Ultimately, this improves a player’s lifetime average.

Streaks and averages is another place where law firms can learn from sports. Your players are your attorneys and staff. You expect a certain performance level from them. Are they consistently reaching that level? If not, are you helping them have fewer losing streaks and improve their lifetime average? Spotting trends early allows you to take corrective action sooner and avoid a single player dragging down your entire team.

Good sports teams have a balanced offense. In baseball, teams seek a balance of power, speed and batting average. In football, teams look for a balance of running and passing. Sports teams know that being one dimensional or predictable will eventually cause problems as their opponents learn and take advantage of their tendencies or weaknesses.

Balance plays a role in business as well. Many law firms work in multiple practice areas to provide balance. If the economy is hurting one area, it may very well be helping another. Every firm, even one that specializes in a single area, looks for balance in two areas that have plagued every business at one time or another. How do you strike a balance between getting more work (finding new clients) while at the same time getting the work done? Many firms focus on one or the other then scramble to change direction as the need arises. The other perennial balancing act is work-life balance. A sports team does not worry about work-life balance but a law firm should.

In sports, certain statistics grab the most attention. Baseball is famous for its triple crown of home runs, runs batted in and batting average. Teams have always sought and paid for players with high numbers in these areas. Baseball teams following the Moneyball concept look at things a bit differently. While these numbers are important, Moneyball teams place a higher priority on slugging percentage. They feel that slugging percentage is a better indicator of a player’s overall offensive contribution to the team. Specifically, they believe slugging percentage reflects the player’s ability to create and extend scoring opportunities. Also, because slugging percentage is not a statistic that makes headlines, good sluggers might be available at a lower cost.

Every business looks at certain traditional numbers. The first thing we all create at the end of the year is a Profit and Loss Statement. In addition, specific industries or professions have their own traditional indicators of success or failure. Law firms, for example, run productivity reports and track the number of new clients added each year. Are there non-traditional numbers that are better indicators? A lawyer whose productivity numbers seem lacking may spend their non-billable time acquiring new clients or expanding their professional skills. Everyone agrees that those skills are valuable. Perhaps assigning a value to these skills is a better indicator of the total value of the lawyer.

Every business wants to add new, high-quality customers. Does the traditional count of new clients tell a firm everything they need to know? More detailed record keeping and a little math reveals so much more. Where did the clients originate? How much revenue and profit did they generate? Now, add some math. On average, how much revenue or profit does a client acquired from a specific source generate? How does that compare to other sources? A firm that is armed with this information makes much smarter decisions about where to spend their marketing dollars or invest their business development time.

How can you tell whether you are winning the game of business if you are not keeping score?

Want to learn more about how to use data to improve your firm's profitability? Download our Moneyball for Lawyers ebook or request a consultation. 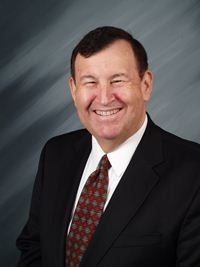 One of the biggest priorities for us at Affinity is to consistently connect with and educate our clients. Scott is the person who makes that happen. Month in and month out, Scott, as editor of our newsletter, herds the proverbial cats to gather timely and relevant news to share with our network of clients and contacts. Writing, editing, brainstorming content – Scott does it all. And he does it beautifully thanks to his deep knowledge of law and understanding of what information helps legal professionals. Scott has been a practicing attorney since 1981 and has dabbled in providing technology consulting for law firms. He has taught at the University of Michigan, Wayne State, and continues to teach at Stetson University College of Law.